The Thailand edition of luxury lifestyle magazine Prestige celebrated its 13th anniversary in the kingdom with a glamorous event on September 22 that acknowledged eight tastemakers for their special contributions in different spheres of society. 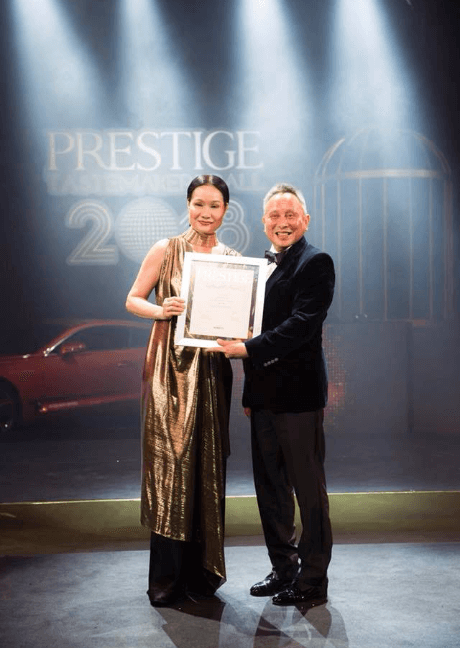 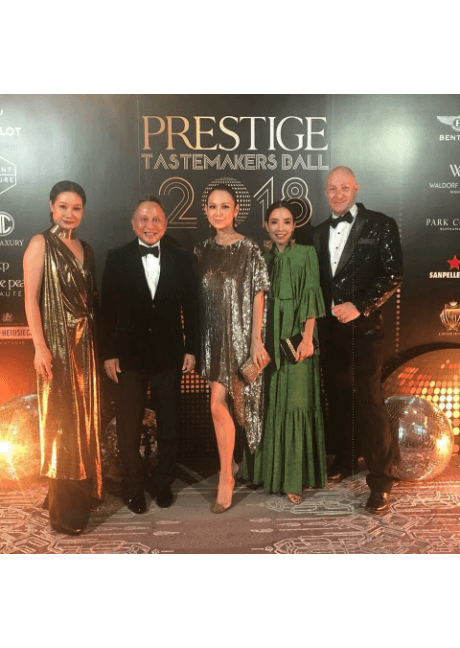 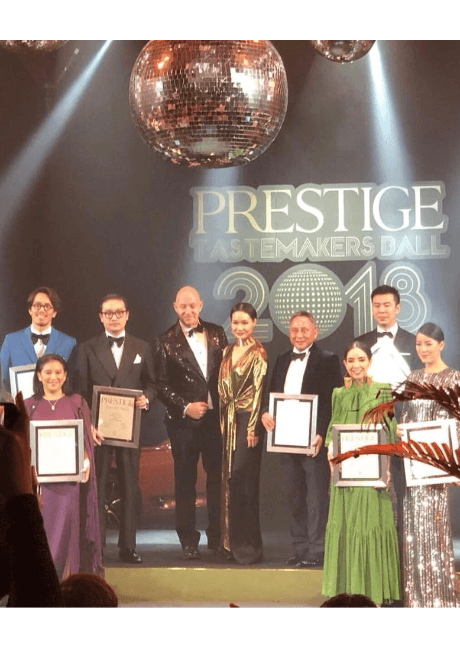 Held in the Magnolia Ballroom of the recently opened Waldorf Astoria Bangkok, the 2018 Prestige Tastemakers Ball saw the cream of Bangkok society dressed to the nines, inspired by a Studio 54 dress code – an ode to an era of style, glamour and unadulterated indulgence. In the late 1970s, the famous New York nightclub was the epicenter of style and decadence, replicated four decades later with all the glitter and glam that made this celebrity hangout so legendary at the time.

Awarded for their inspiring and meaningful contributions in different fields, eight luminaries received acknowledgement in the form of a Prestige Tastemaker Award; including Charn Srivikorn, chairman of Gaysorn Property (‘Visionary’).

“Each of our Tastemaker Award winners has done something quite exceptional; something that has made others stop to take notice,” said Waraporn Siriboonma, managing director of Burda (Thailand) and publisher of Prestige. “They have all earned the respect of their peers with revolutionary ideas that have transformed – or is transforming – the world around us for the better.

According to her, the tributes to these individuals also echo Prestige’s philosophy towards publishing. “As an arbiter of style and substance, Prestige has earned a reputation for meaningful, curated content that engages and inspires. We are at the forefront of new developments in various luxury lifestyle sectors. As a publication, we connect the dots between luxury brands and discerning, affluent consumers. This is all in line with our quest to be not only Thailand’s but – as part of Burda Asia – the region’s leading luxury content creators,” she said.

To become a member simply spend 100,000 within three consecutive months and enjoy world of Elite member privileges at the Gaysorn Village.

supported by an eclectic placemaking and events program to create an engaging and entertaining gathering space for the fashion forward community.

Thank you for subscribing!