Interwoven, strong and resilient, the Gaysorn story is a compelling one. For over 200 years, the Srivikorn family has nurtured the country’s original downtown area into the epicenter of modern day Bangkok. It has been a deeply rooted development in the making which began at the time of King Rama V.

Commissioned by the King himself as a main route through the city of Bangkok, the Ratchaprasong intersection was one of the very first to be carved into the plain earth. This particular area was chosen as the first and only city center because it possessed and still possesses strong spiritual energy supporting strong trade and commerce. 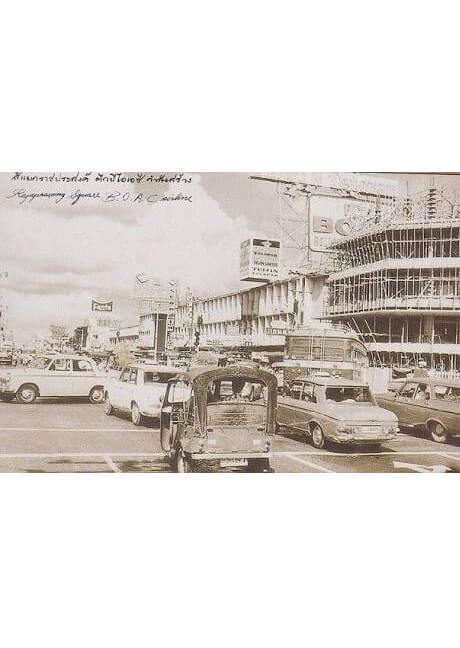 In 1870, King Chulalongkorn (Rama V) bestowed the development of the area to a group of visionary land owners, who began developing this acre area into one of the world’s most iconic destinations.

As the area was being developed, its small streets packed with many great shops and services became the very backbone of Thailand’s modern retail, trade, commerce, hotel and dining industries.

For over two centuries, the Gaysorn name has been synonymous with trust and credibility. The culmination of strong vision, pioneering spirit and high energy drive has resulted in new and incredible lifestyle developments.

The future of Gaysorn promises bold and innovative approaches that redefine conventional retail, entertainment and hospitality culture as we know.

supported by an eclectic placemaking and events program to create an engaging and entertaining gathering space for the fashion forward community.

Thank you for subscribing!